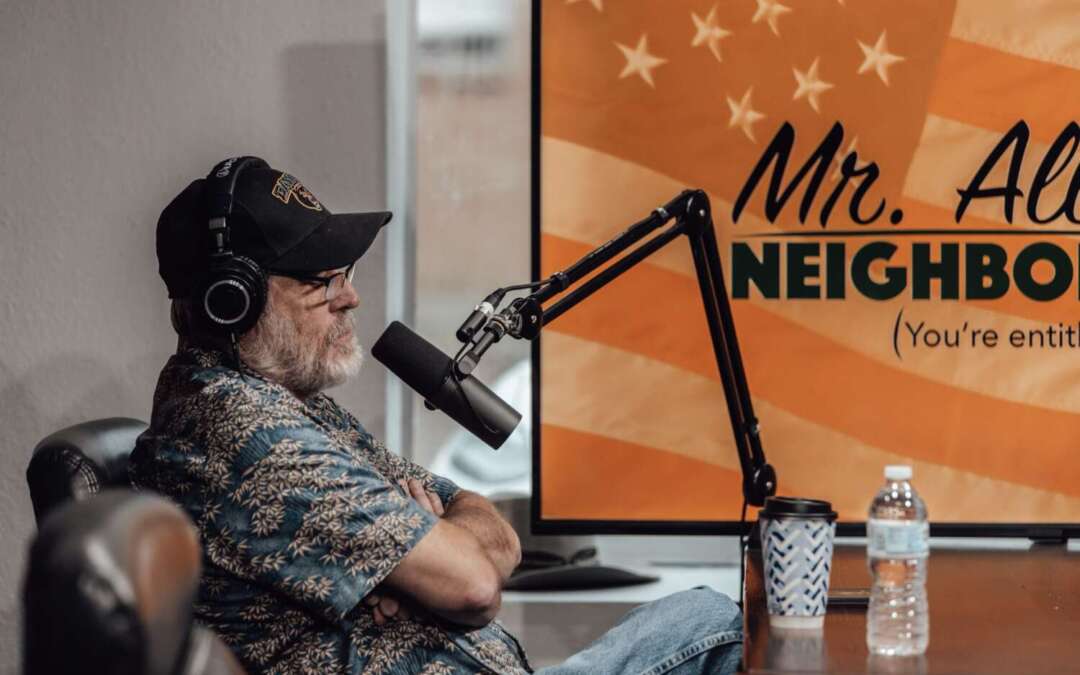 (You’re entitled to his opinion)

Brad Allard is what you would call “a legend” in Burleson, Texas. Probably half of the adults in town were either in his class or had a child in his class at Burleson High School. Not only do a lot of people know Allard, a lot of people like Allard. He has managed to garner respect from the generations he taught. People may not always agree with him, but they like him. Allard is known for his signature look, a Hawaiian shirt. His knowledge about United States history and government surpasses that of most people. He has strong opinions but cares more for someone to form their own opinion and appreciates a good discussion. Allard has the heart of an educator whether he is standing in a classroom or having a conversation on his podcast. He loves music, particularly classic rock, so much so that he and a friend created a radio station full of their favorite genres, artists, and songs. He is a man who acknowledges his blessings and is grateful for the life he has been given. Allard is a man of faith, who both speaks of and lives by his Christian beliefs. He speaks with pride about his children, and with love about his wife.

He is known primarily as Mr. Allard in Burleson because so many people first knew him as a teacher. His career with Burleson ISD began in 1988, as a Texas History teacher at Hughes Middle School. He taught one more year at the middle school and was prepared to begin his third year when there was an opening at Burleson High School to teach Gifted and Talented History and Economics right before the school year began. Students walked in expecting to see popular educator Peggy Barnes and were surprised to see a new guy. He gained their respect and affection, just as he did each class of students through his career until his retirement in 2016. He has since taught at a private high school and at the collegiate level. He currently teaches at Dallas Baptist University and the Burleson Campus of Hill College. While many people could not imagine spending each day in a classroom full of teenagers, Allard speaks with fondness of the students he taught. He always encouraged respectful discussion and debate in his classroom. Former students will comment on his social media posts, noting their appreciation for that about his class. They may have disagreed on the issue, but they learned to listen and learn from one another, a skill they have tried to carry into their adult life.

Allard has strong opinions and does not shy away from sharing them. He is careful though to express those opinions in a way people feel respected. He cares more that people learn and know they are heard, than he does about simply telling people what to think. With that kind of reputation, along with Allard’s extensive knowledge of government and history, he began getting approached to consider doing a podcast or internet show. After a brief time with one radio station, a local business team that included some of Allard’s former students approached him to start a show with them in August of 2019. “Mr. Allard’s Neighborhood” thus began and continues today, where he lets the viewer know “you’re entitled to my opinion.” The original content was primarily about current events, often related to government and politics. Presently the show is broadcast three times a week and recorded at the Local Legends Lab in Crowley, Texas. The show is produced by Taylor Perkey and can be seen live on Facebook and listened to through Spotify and Apple podcasts. While current national events are still discussed, what Allard really enjoys is the opportunity to interview local people and organizations. He gives people the platform to share their story and uses his show to showcase great things happening around town. That is his primary goal, to make a positive difference in his local community. In September of 2021, “Mr. Allard’s Neighborhood” had an entire episode dedicated to local nonprofit organizations and he regularly interviews the people involved in local charitable work. He interviews local business leaders who have a story to tell and invites community members that have something to share that would be valuable to the listeners. During the local elections, he offered a spot for each of the candidates. Some guests come onto the show nervous about speaking to a listening audience. Allard has a knack for making the environment comfortable and conversational. On the day of the interview for this article Michel Kolling, studio owner of Hotworx Burleson, was a guest on the show. She brought one of her employees, who was a former student of Allard. He invited her to join in on the show and it was like listening in on a conversation between three people, almost forgetting it was being recorded and broadcast. Allard likes to be able to show what is good about the local community. He feels too often “keyboard warriors” and naysayers stir up dissent amongst locals but they are not a reflection of what is good about Burleson and the surrounding communities. He has chosen to give a platform to the people and organizations that make the community a special one. He always ends his interview by allowing the guest to have the last word.

“Mr. Allard’s Neighborhood” exists because of the businesses that sponsor it, and Allard does not take that for granted. Two of his sponsors from the very beginning were former students of his, Daniel Basden with Crossfit Burleson, and Shandy Stogsdill with The Stogsdill Group. He now has additional former students who sponsor the show with Kris Noteboom with Wilde Cigars + Bar, and Ben Randall with B&B Mobile RV Repair. Ben also happens to be his son-in-law. Other sponsors are people he has interacted with out in the community. Rex Russell with Russell Wealth Group is a friend from church. He met Nealie Sanchez with Loaf’n Dog, 1949 Burger Bar, and Texas Dog Magazine through a networking group called Business Network International. Ronald Stogsdill with Vesper Lending became aware of the show because he is married to Shandy. Local Life Magazine became connected to Allard after a recommendation from Otto Arslanovski with Our Place Restaurant, who is also a sponsor. Otto and Allard became connected through a local community member, and they quickly developed a mutual respect for each other. Otto chose to sponsor “Mr. Allard’s Neighborhood” after seeing that Allard has a “true love for Burleson.” Otto appreciates the respectful dialogue that happens on the show and the genuineness that he sees in Allard. That is what draws all his sponsors in. Allard feels a responsibility to make sure the show reflects positively on the sponsors. They do not dictate content, but he does not ever want to do something that would embarrass them. He is honored they choose to support his show.

For a retired person, Allard stays busy between teaching college courses and hosting “Mr. Allard’s Neighborhood”. He also has a venture that started over a year ago, a Live365 radio station called “Burleson Radio”. He and his friend from high school wanted a station that featured multiple genres with more time dedicated to music and less time spent on commercials. You might hear Steely Dan, Sara Bareilles, The Doobie Brothers, and Bruce Springsteen within the same half-hour. They have around three thousand songs on rotation and have special shows dedicated to a specific genre. An 80s Hair Band hour was so popular they brought it back. The station’s ads are all based out of Johnson County and Allard offers public service announcements for free for local nonprofits.

There are few men more well known in Burleson than Brad Allard, and few men more respected than him. Allard dedicated a career to not just teaching teenagers but shaping them. He has cultivated relationships that have lasted decades. Allard is committed to his local community, wanting to see it represented in the best possible light. His time as an educator did not end when he retired from Burleson High School in 2016. He just took on a new set of students through the airwaves. 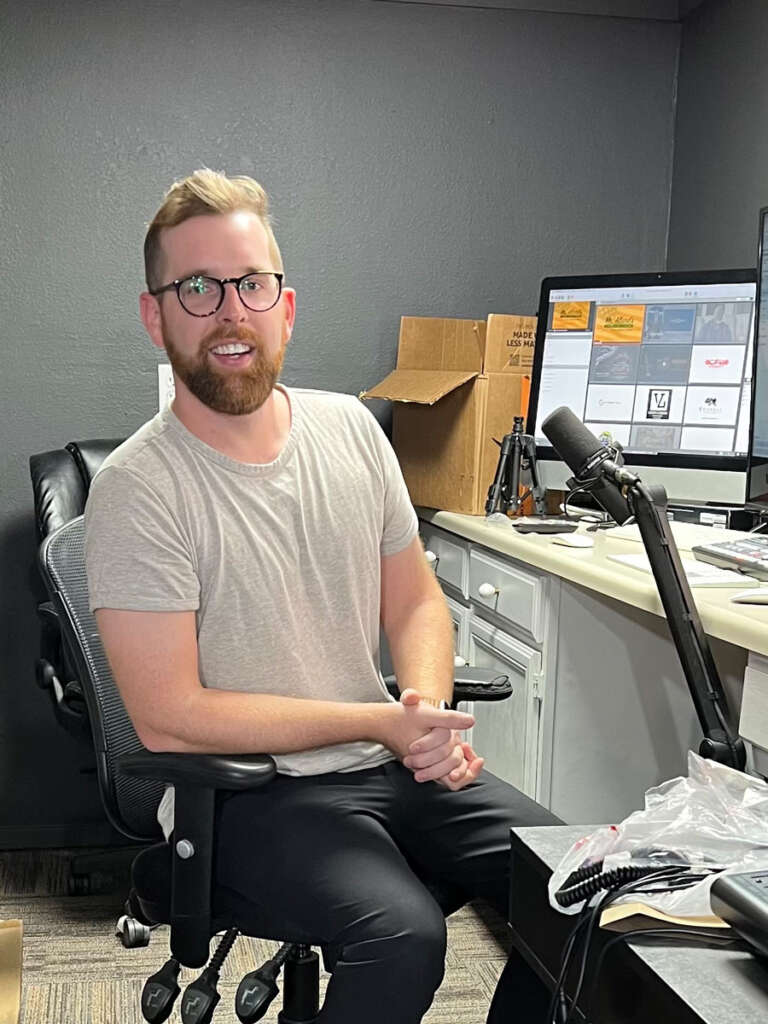