A Fortunate Stroke of Serendipity 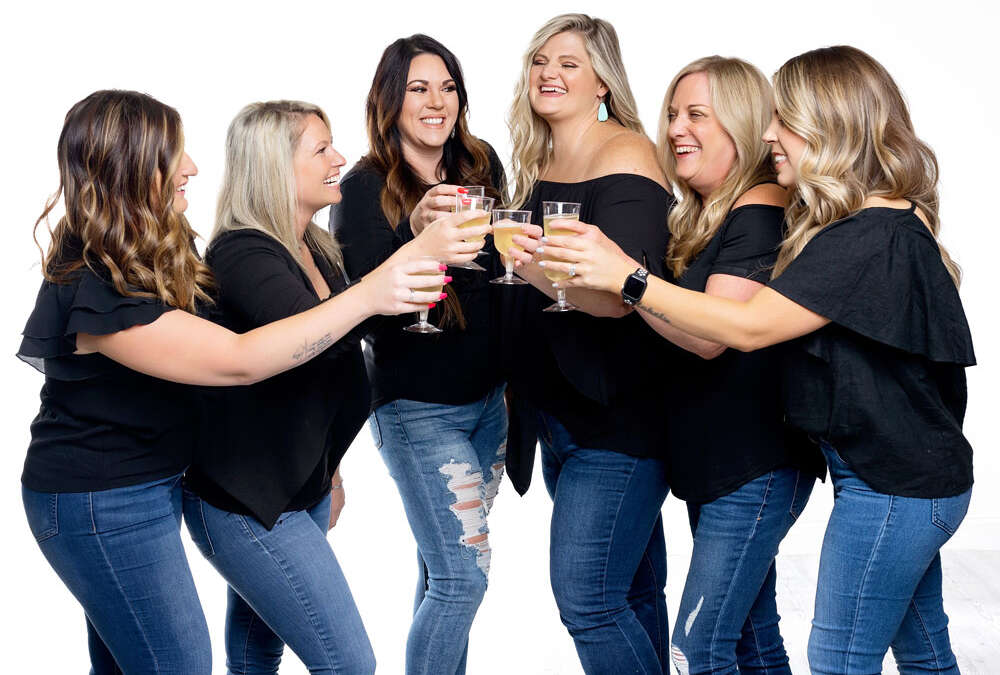 the occurrence and development of events by chance in a happy or beneficial way.
“a fortunate stroke of serendipity”

A community hair salon is not your average small business. It is a place where people of all ages congregate daily. Amidst the sounds of the blow dryer and water running for shampoos are stories being shared and opinions being offered. If you want to know what is happening in town, good or bad, go sit in a hair salon or barbershop. It is an environment recreated in films from comedies such as ‘Coming to America’ and ‘Legally Blonde’ and rom-coms such as ‘Runaway Bride’, to tearjerkers like ‘Steel Magnolias’.

Sara Dicke, the owner of Serendipity, refers to stylists as “hairapists” and anyone who has sat in the chair of the same stylist for years understands what that means. People use a stylist on their big days, but they also see them on the “every” days. That means a client could be showing up for their appointment after receiving bad news an hour before. Or they are going through a rough patch that has only gotten harder in the six weeks between trims. Their stylist may be the only person they have that will let them just sit and talk.

It is a role Sara and fellow stylist Brittany Thompson take seriously. They, along with the entire team at Serendipity, have been a part of clients’ lives all the way from a baby’s first haircut to doing the hair and makeup for a client who has passed away, and every moment in between. They get the chance to do the prom updo for the teenager they first met as a little girl. They cry with their clients who are having their hair changed in the aftermath of chemo treatments. They celebrate good news and support during bad news and offer kindness during every moment in between. All this while making their clients look good!

Serendipity is a full-service salon that has been a fixture in Old Town for twelve years. Thousands of clients have walked through the doors and found much more than an update to their hairstyle. They have found the warm environment that Sara and her staff have cultivated. They are a unique team of women that genuinely love one another and that attitude transfers down to the client experience. When she hires a stylist, Sara finds out what each person loves to do and what they bring to the team. Some are only meant to be there for a season and others make Serendipity their home long-term. She has two employees who are veterans in the business and have been doing hair for over forty years. Some in the salon have been doing the job for ten years and some just for a year or two and more in between. They all bring something to the salon and contribute to the familial relationship. They have experienced life together in happy moments such as miracle babies being born, and sad moments with deaths in the family and a cancer diagnosis. They love each other’s clients. Serendipity is an open-air salon, so they all work within the same room.

Sara opened Serendipity on April 1, 2010. She never set out to be a salon owner, but Sara will be the first to tell you God had other plans. When she was in high school, she had to make a course decision that ended up taking her out of the cosmetology courses she had signed up for. She spent several years doing other jobs before she decided to go to hair school to which her mother replied that it was about time. After several years as a stylist, she was at a point where she needed to make a new move. She wasn’t planning to open her own salon but again, God had other plans. She was enjoying a drink at a former Old Town coffee shop and as she left, she noticed a “For Lease” sign next door. On a whim, she called the number on the phone, and “Coach” answered the phone. Coach Phil Anderson, who owns the building with his wife, told her he would meet her in ten minutes. In shock, she called her boyfriend (now husband) and parents to meet her. The building had previously been a salon so it was already set up for what she would need. Sara was still at a loss though and wondered why she was even looking at a building for her own salon. It was her dad’s confirmation that gave her the encouragement she needed to make a handshake agreement with Coach Anderson and take the leap of faith. After prayerfully considering the decision for a few weeks, Sara signed the lease and opened the salon with her as the only stylist. It did not take long though for others to join her. She chose the name Serendipity to signify its creation.

“I don’t just have a business in Burleson, I choose to be here.” This is a statement Sara has made and it would not surprise anyone to hear who knows her or the business. She genuinely loves the Burleson community and chooses to be a positive part of it. If you look at Serendipity’s social media, you will see a lot of posts that are unrelated to the salon. You will see city events shared, or opportunities to support a nonprofit. The windows of Serendipity always have posters advertising local events. The salon quietly supports organizations and fundraisers, as well as other small business owners. If you are in the community long, you will Serendipity be a name that consistently shows up when help is needed. The stylists have a connection with so many people in the community that they are someone people often turn to.

The power of a good hair day cannot be denied. Sara describes the stylist role as “straightening a crown.” A stylist doesn’t simply cut hair in a trendy style. They figure out what would be the best look for the individual client. Not only do they consider face shape, hair texture, and other style factors but they also consider a person’s ability to maintain a hairstyle. Brittany said she loves balayage because it is a less intense commitment than other coloring techniques and that works better for a lot of women. Some clients are willing to commit the time and money to a higher maintenance style or color and Brittany is happy to do those. Sara loves the experience of the appointment and seeing the whole package come together after a treatment, cut, and style. Many clients will just sit in the chair and say “do whatever” because they know they can trust their stylist.

Being in the hair business for so many years means that Sara and Brittany have seen trends come, leave, and come back again. Some styles, like a bob, never really leave they just adjust a little and change names. They have seen straight hair as a trend, but Sara refers to it as “straight hair with movement.” Also popular are long beach waves, and fringe techniques in curtain bangs and a modern shag. Perms have made their way back, particularly for males. Keeping up with trends requires continuous education. Serendipity has held education opportunities in the salon and invites others to be a part of the classes.

If Serendipity sounds like a place you would like to work, they are currently hiring. The full service has one station open for a stylist and has rooms available for an esthetician, a brow artist, or an eyelash technician. They currently offer massage and have a boutique, as well as what the salon offers.

Serendipity has lived up to its name. The origin may have come from the formation of the salon, but it is easy to see that the fortune has been extended to the community it serves. 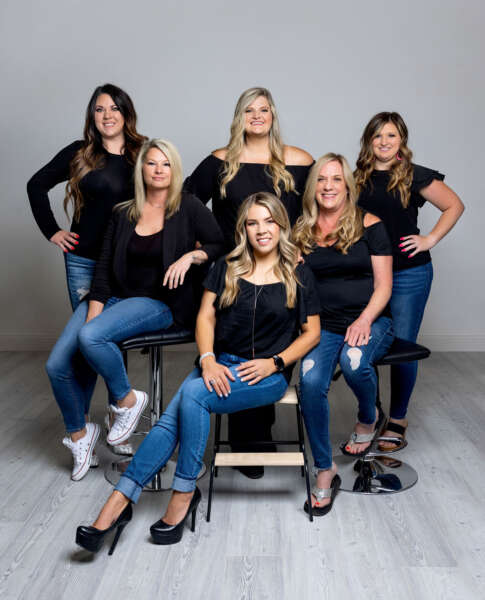