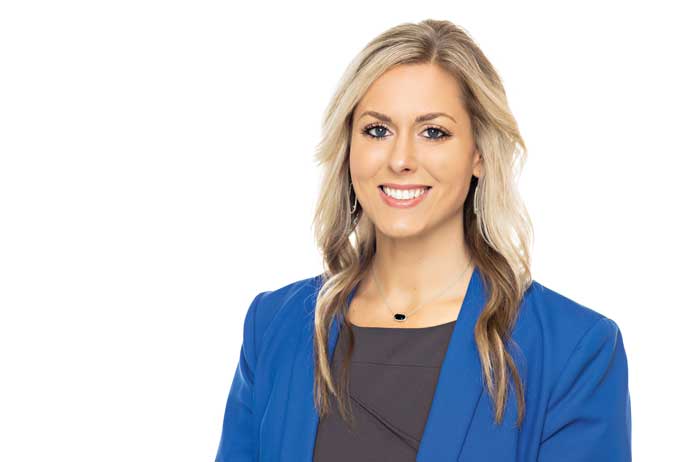 Kayla Hoffman began her banking career as a teller right out of high school and into her freshman year of college. While the banking industry was not an original part of her long-term plan, it proved to be a terrific job to work around her college schedule. |

She moved from Kansas to Texas in 2014 and she was immediately hired as a full-time teller. Over a four-year span, she was promoted to a Teller Supervisor and a New Accounts Representative. After a quick career detour that found her exploring the world of real estate, she realized that her true passion lay in the banking industry.

Ciera Bank hired her as an Executive Lending Assistant in the Fort Worth location while the Burleson branch was under construction. She dedicated her time there to learn more about the intricacies of real estate lending, and that combined with the experience earned during her previous detour into the real estate world led to a promotion opportunity to become a Banking Loan Officer for the Burleson community.

This year Kayla will mark her 10th anniversary in the banking industry. “Communication and customer service is the key to building a solid healthy relationship,” she says. She takes pride in being efficient with her customers and appreciates being able to give back to the community through her volunteerism. Outside of work, Kayla can be found serving our Burleson community through her work as Treasurer of the Burleson Higher Education Opportunity Fund, Secretary of the Old Town Business Association, and a participating member of the Centennial High School Spartan Athletic Club and Football Booster Club.
In her spare time, Kayla enjoys exercising, shopping, and spending time outdoors with her husband Josh and her stepsons Braylon and Andrew.