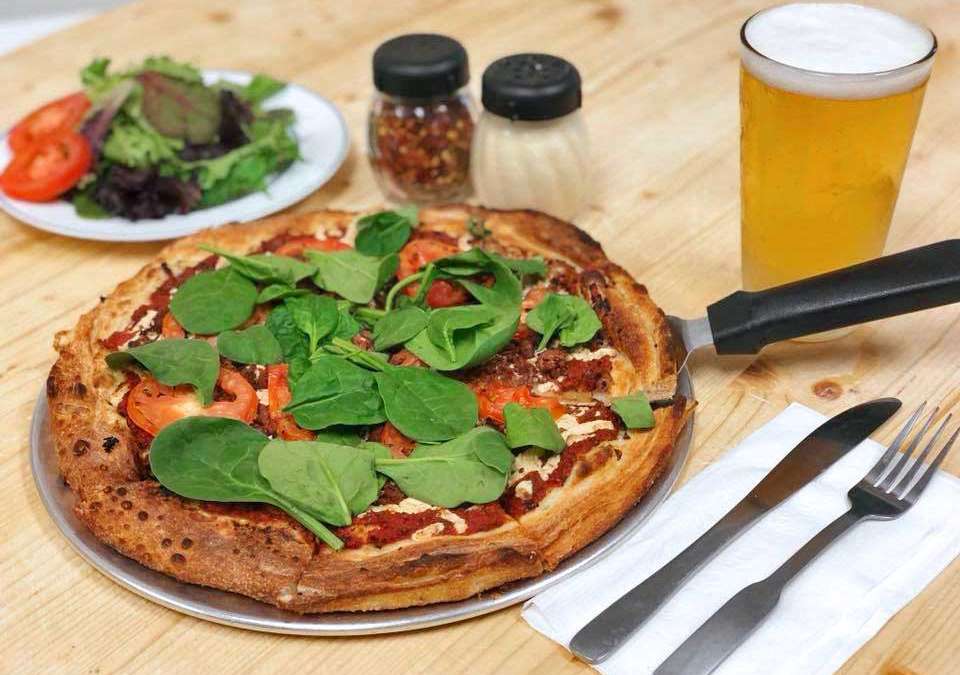 While a lot of restaurants claim they are amazing, few can actually say they are “officially” amazing. Moontower Pizza Bar in Old Town Burleson is one of those few though. It was a representative of the Guinness World Records who bestowed the official honor on Moontower, but the locals have figured out what makes it amazing well beyond the title.

Paul and Amber Rouse opened Moontower Pizza Bar almost three years ago, in the spring of 2016. Moontower Pizza Bar can best be described as unique from the environment, to the menu. It is fun to look around the restaurant because you never know what random item of décor will be tucked in there. The menu ranges from the traditional to the surprising! Signature Pizza is their specialty, all made from handmade dough and sauce with fresh ingredients. They also have a range of salads, sandwiches and other items. The appetizers include quail poppers and escargot alongside the mozzarella sticks and cheese bread! They even have some secret menu they will make if you ask. They also have Test Kitchen Thursday where they create a new pizza for people to try at a discounted price. In the past they have done pickle pizza and taco pizza (hint, those are now secret menu pizzas)! They have a full bar with a wide selection and great happy hour prices.

Moontower’s active support of the community can be seen in several ways. First, the Rouses and the restaurant are active supporters of the local schools, particularly as sponsors of the Burleson High School band. They host and participate in fundraising activities for several local charities. Secondly, they actively support the local small businesses. Moontower sources all their produce from the local farm, Walnut Creek. They support their fellow small business owners but shopping small and are active in the Old Town Business Association to promote growth for the entire small business community. You will often see the Rouses at local events in the community with their family.

The staff of Moontower contribute to its uniqueness and relational atmosphere. There are several staff members who have been with Moontower for a long time and are excellent at customer interaction. Customers are treated with friendliness and kindness from their greeting at the front door.

Back to what makes Moontower “officially amazing.” On May 26, 2018, Moontower invited the community to celebrate as they attempted to break the record for the world’s largest commercially available pizza. On the hot afternoon filled with music, food and entertainment, the restaurant and patio filled up with people ready to support the restaurant they’d grown to love. A representative of Guinness World Records monitored the entire process, from the ingredients used in the creation of the pizza, to the baking, to the final measurement. After the official recording, it was determined that Moontower had indeed was the new world record holder and deemed, per proclamation “officially amazing”! As Mayor Ken Shetter said, “we always knew Old Town Burleson offered an experience you can’t find anywhere else but now, it is official! Moontower Pizza Bar literally offers something no one else in the world does.”