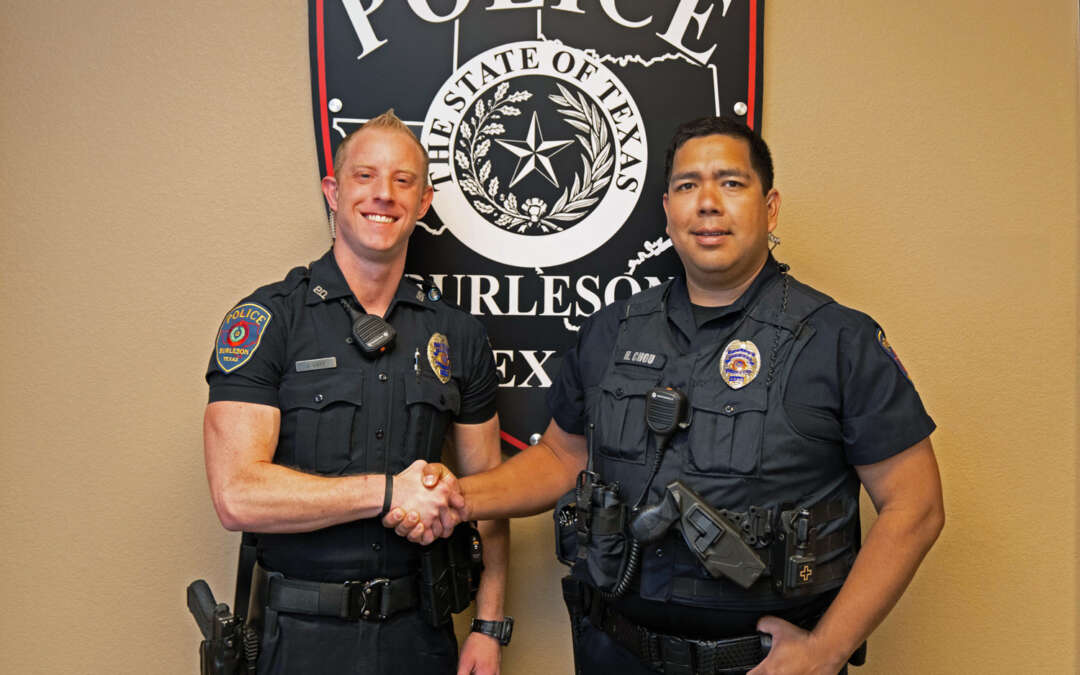 A Trust to Have Each Other’s Back

“It’s like having front row seats to the best show on earth.”

This is how Officer Joshua Lott describes being a police officer. “It can be a heavy weight for those of us who are willing to do it, but it can be extremely fulfilling.” That fulfillment comes from being the person that someone can depend on in their most intense situations.

For those of us who are willing to do it. When someone serves in law enforcement, they become a part of a family. It is a camaraderie that comes with the job. At a moment’s notice, an officer has to be able to trust that the other people in their unit are prepared to do what is necessary to protect the public and each other. A trusting relationship has to be established long before that moment occurs. The story of police officers Harold Chou and Joshua Lott, members of the Burleson Police Department in Burleson, Texas, exemplifies this. 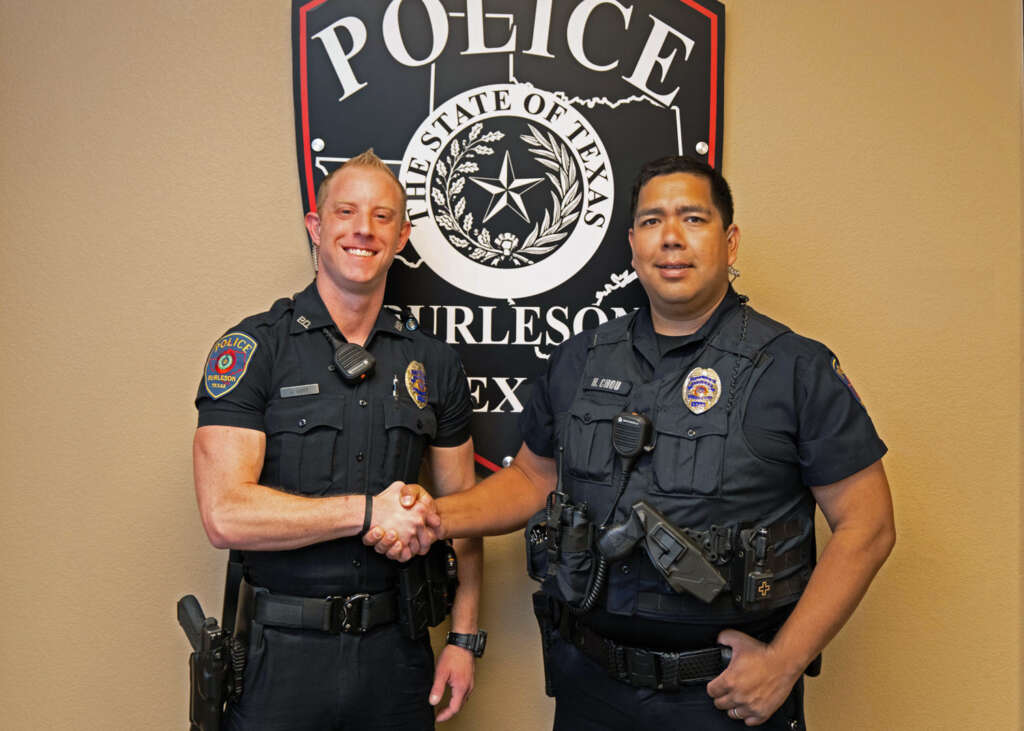 “Lott is a cop’s cop,” describes Officer Chou. He recognized that Lott had a fire in him from the beginning. Lott had been dreaming his whole life of being a police officer. His father was in law enforcement and Lott wanted to follow in his footsteps. He was obsessed with every aspect of being a police officer as a young person. Though he had a successful career as a firefighter and in EMS, he never lost his desire to be in law enforcement. A conversation with a friend sealed it for him, when his friend encouraged him to pursue his dream and simply said, “It’s a lot of fun.”

This passion for the job is what Chou recognized in Lott right away. From the moment they met, there was a connection between the officers. Chou has been on the force for five and a half years, and Lott has been on it for a little over four years. When Lott was hired, Chou was a patrol officer with solo status. He encouraged Lott through the difficult field training process and a friendship was forged. They were assigned the midnight shift together and had the same schedule of days off. Every member of law enforcement knows the risks their job brings, and that requires conversations about the “what ifs.” It just so happened that Chou and Lott had those conversations, so they would know what each other wanted to be done in case one of the unfortunate scenarios happened to them. They trained for those scenarios, and heard about them happening to others, but neither expected it to happen in their department.

On the early morning of April 14, 2021, it was a busier night than usual at the police station in Burleson. Officer Chou returned to the station to complete some reports when he heard a transmission come in. “Shots fired.” He immediately recognized the voice of Officer Lott. The next words changed everything: “I’ve been shot.” Officer Chou jumped into his vehicle immediately.

Officer Lott was patrolling in a neighborhood not too far from the police station. While at an intersection, he noticed a vehicle driving through a residential neighborhood. In fact, he could hear it before he saw it. He had several reasons to be suspicious, so he watched the vehicle, making note of the make and model and occupants of the vehicle. Noticing a brake light was out, Lott pulled behind the vehicle and turned on his lights. They complied to pull over and remained near the intersection. After retrieving information from the police system, he made the decision to walk around the back of his patrol unit and approach from the passenger side. Shining his flashlight, he saw a man in the back seat and a female in the front seat. Both passengers saw him, but the driver was still turned looking out the driver’s side of the vehicle. After Lott knocked three times the front passenger began to roll her window down about an inch and a half and the driver realized Lott was on that side. As he turned, the driver immediately started firing. Glass shattered as bullets hit the passenger window, spraying Lott. All three rounds struck Officer Lott. The first round hit Lott in his tactical vest. As training kicked in and he turned to shield himself, another round went through the fabric of the vest and entered Lott’s chest. The third round entered the right side of Lott’s neck and exited out the left side. As Lott reached for his neck, the vehicle took off. He felt around to locate exit wounds but was determined to stay in the fight. Using his patrol unit as cover, Lott went to the driver-side rear of his vehicle and returned fire. He assessed the situation and made the decision to stop firing and got on his radio instead. His training prepared him for this. He was confident in the information he could recall from the situation and knew he needed to communicate it immediately. He called in and said “Shot’s fired. I’ve been hit.” He heard the voice of Chou respond “Hey buddy, I’ll be there real quick. Who shot you?” Lott proceeded to give the description of the suspect and the situation, starting a manhunt that would bring in numerous law enforcement agencies. During all of this time, Lott remained standing.

Officer Chou arrived quickly. After assessing Lott’s condition, Chou got permission from the sergeant on duty to drive Lott to the hospital, rather than wait for EMS. The sergeant knew he could trust Chou to make the right call. Chou remembered their conversations and enacted the plans Lott would want. He knew Lott’s wishes were to go to John Peter Smith Hospital, a Level 1 Trauma Center, in Fort Worth to be treated. Chou had Lott get into his vehicle and handed over his phone to Lott. Chou had one focus, get Lott to the hospital quickly and safely. Lott needed to speak with his wife and wanted her to hear from him what was going on. There were still a lot of unknowns and at this point they didn’t know if the round that entered his neck had hit anything critical. Lott began to wonder if his career was over, and he was frustrated that the suspect stripped him of the fight by driving away. JPS had been notified that they were coming so when they arrived, they were greeted by dozens of medical professionals. In what can only be described as miraculous, exams and a CT scan revealed that the rounds did not strike anything critical. Even after being shot three times and hit by shattered glass, Lott did not require any surgery, or even stitches. The round that entered his chest was left alone, because surgery to remove it would be more risky. The round that entered his neck exited out the other side, not striking his spinal cord. He described the pain as a dull burning pain, but it was manageable.

What happened over the next few hours is described by Lott as “the cavalry came in.” While Chou was getting Lott to the hospital members of different law enforcement agencies were descending on the town of Burleson, ready to assist the Burleson Police Department in finding the suspects bringing them to justice. Lott describes what it was like to witness this. He thought back on what he imagined about his heroes when he was eight years old, and then to what he was witnessing in this critical moment and was filled with pride. Law enforcement officers immediately jumped in to assist in any way that they could. Lott said the best of the best were involved, representing every possible law enforcement agency and even the fire department and EMS. There were helicopters and drones in the air looking for all of the parties involved. While Lott felt like he didn’t get to finish the fight, ultimately it was his quick thinking and recollection of the events that made it possible for the hunt to progress as quickly as it did. It was a situation that you only read stories about, not something anyone would expect to happen in Burleson. Not long after the driver shot Officer Lott and drove off, his vehicle caught fire. The three abandoned the vehicle and went in different directions. The scenario turned tragic when the shooter took the life of a Burleson woman after carjacking her. The manhunt was intense across the state and by the afternoon, the shooter was arrested near the border of Texas and Oklahoma. By the end of the night, all three people in the vehicle had been brought in. It is a testament to the dedication of law enforcement to protect the community and bring justice. 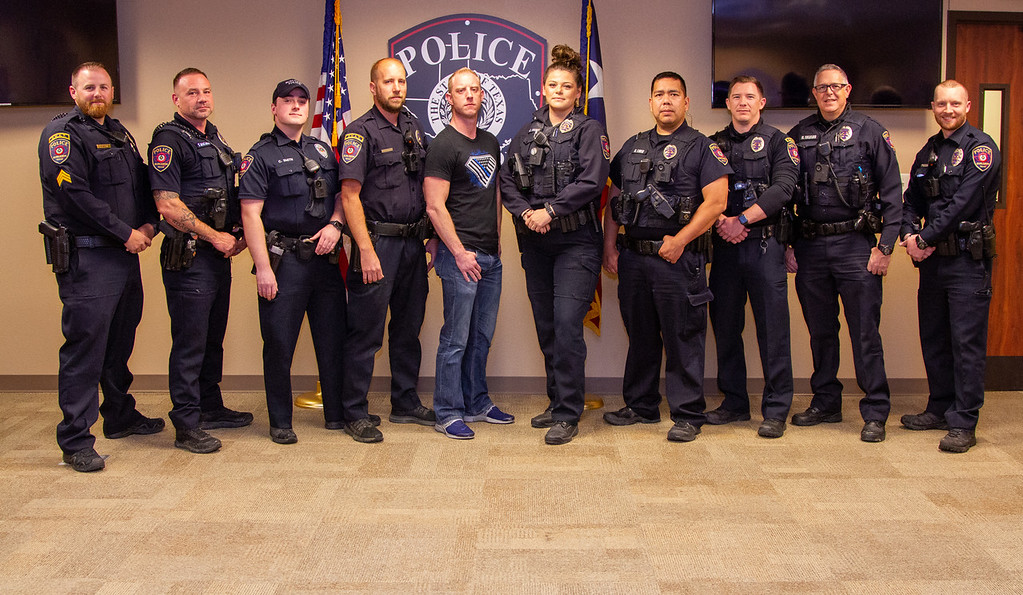 “I have the most fun job in the world.” Officer Lott loves being a police officer today as much as he did before the shooting. Lott has no regrets and Chou shares that he knows Lott would not change a thing about that day. He would have still pulled the vehicle over, even knowing the outcome, because that meant it kept another officer from being shot. It was Lott’s preparedness and skill as a police officer that allowed him to handle the situation in the best way possible. The fire and drive Chou saw in Lott from the beginning is what allowed him to handle the shooting with strength.

The community kindness that was extended to Lott and the Burleson PD was tremendous. The people who support the police officers are far more in number than the ones who don’t, shared Chou. They make it easier for law enforcement to do their job. Lott and Chou both describe the Burleson PD as a unique place to work because it is a family. Lott said Burleson is a special agency, with a reputation for being different. He says that any officer should feel fortunate to be a part of the agency and both he and Chou attribute that to the leadership of the department, in particular Chief Cordell.

When Officer Lott left the hospital, Chief Cordell asked Officer Chou to be the one to walk him out and drive Lott and his wife home. Chou was the one who got Lott to the hospital and needed to be the one to take him home. In less than a month, Officer Lott was back on duty and ready to go out on patrol. It was Officer Chou who rode with him on his first night back and the first place they went was the intersection where Lott had been shot on that April morning. It was at that intersection that Lott pulled over a vehicle and went back to work. Their camaraderie had been sealed. They had prepared and established a trust to have each other’s back in the worst possible moments and then proved it when that moment actually happened. 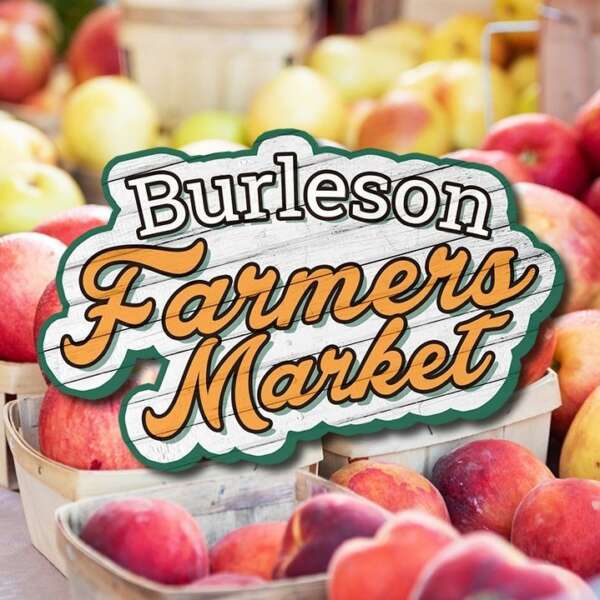 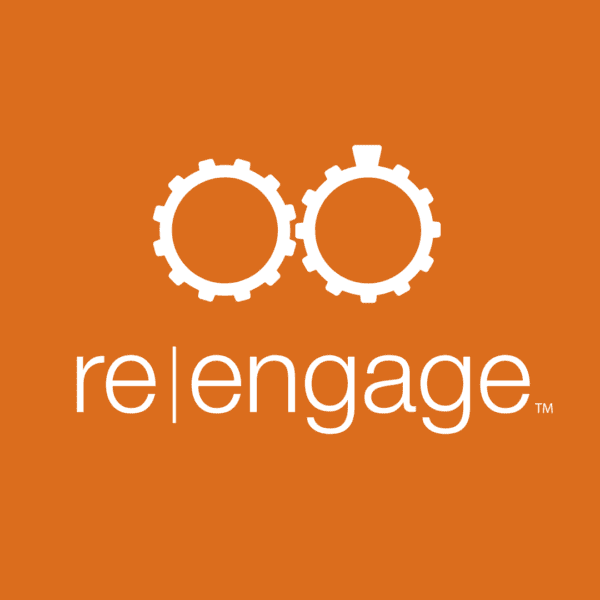