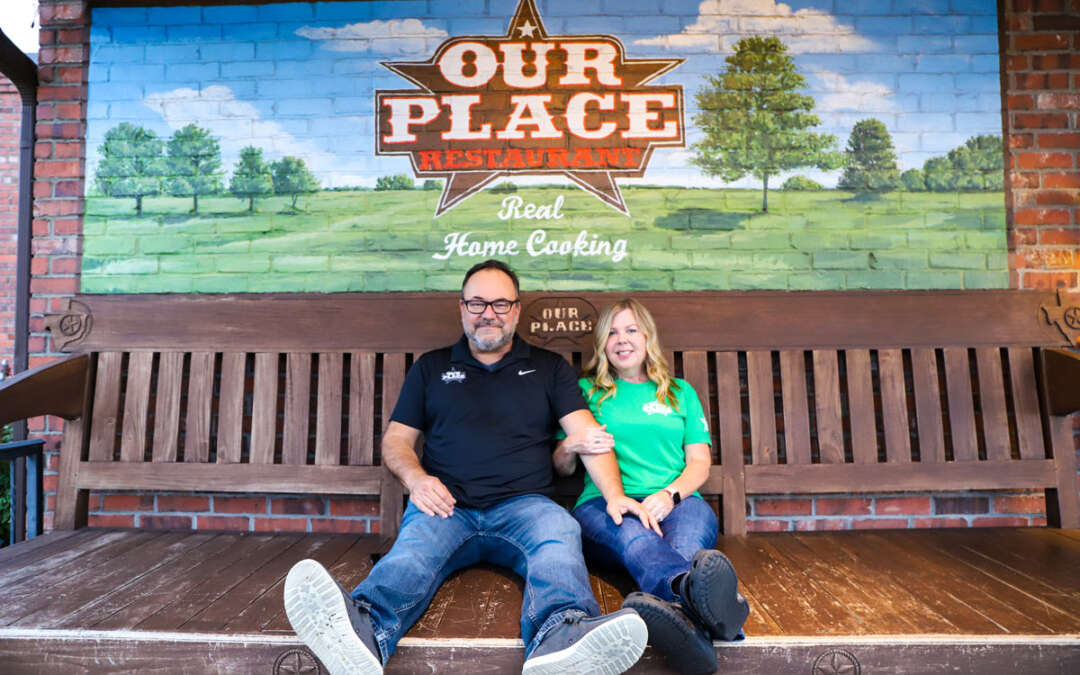 Our Place Restaurant in Burleson embodies family, in every sense of the word. It started as a part of a family’s legacy, it welcomes families for a meal, and the employees are treated as family. It is no wonder that Our Place has had a line out the door every Saturday and Sunday for the entirety of its existence. Patrons are served delicious home cooked-style dishes and treated warmly by all the staff. 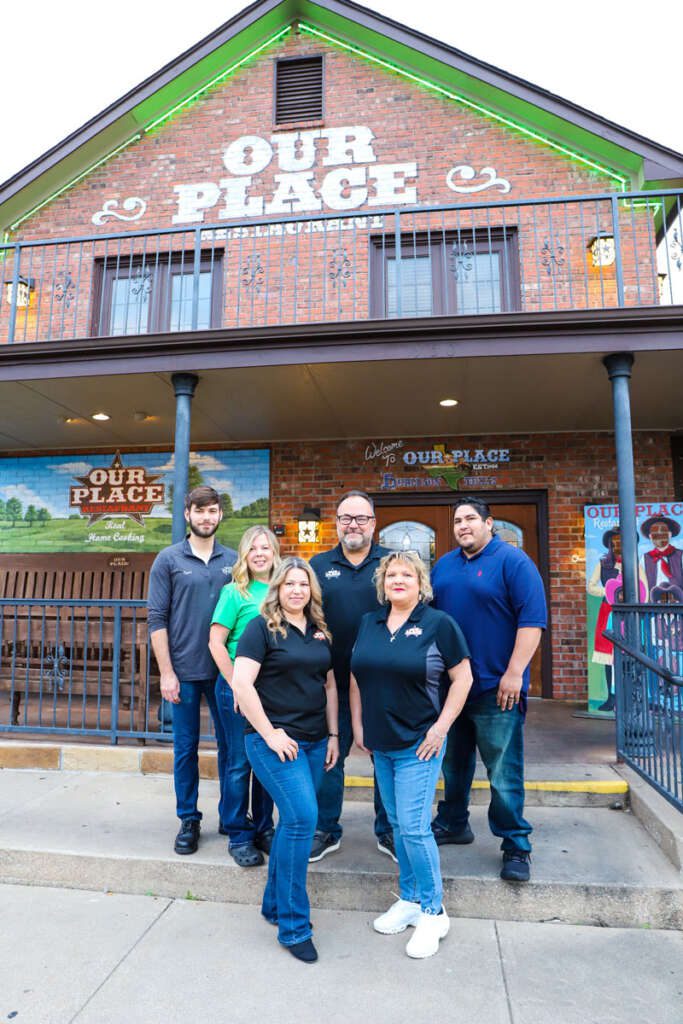 The current Our Place Restaurant first began with a location in Mansfield, Texas with a second location in Burleson following in December 2012. They are owned by brothers Benji and Otto Arslanovski with Benji running the Mansfield location and Otto running the Burleson location. This is not the first time the brothers have worked in the restaurant business together though. Their experience began in the kitchen of the original Our Place Restaurant in 1986, opened by their parents Otto Sr. and Christine Arslanovski. It was there that Otto learned the trade of running a business and cooking for large groups of people. While watching his parents, he learned something significant that makes Our Place what it is today. He learned how to treat his employees and customers like family.

The patriarchs of the Arslanovski family were generous to their employees. Otto remembers as a young person coming home one day to an empty living room because an employee of Our Place had recently lost everything and needed furniture. Mr. and Mrs. Arlsanovski gave their furniture to the employees. They would cosign loans or pay an emergency bill for an employee and would let them pay back slowly over time. Otto watched his parents treat their employees with respect and kindness and runs his restaurant in the same way.

It is said that someone’s true colors show during a crisis. In March of 2020, every restaurant owner was faced with a crisis no one had ever experienced. COVID-19 had begun to spread through the United States and business owners were faced with a lot of unknowns. People became nervous to be in public spaces, then county and state mandated shutdowns began. It was a nerve-wracking time for a restaurant owner who was quickly losing their revenue. Otto had fifty-four employees on his payroll at the time. He knew their stories well enough to know that a loss of a paycheck would be devastating to each one of them. He had employees that were working to pay a mortgage, put a child through college, and support their families. Our Place qualified for a Paycheck Protection Program loan and every single dollar of that was used for payroll purposes. Our Place was closed for four weeks and then reopened to reduced capacity. His employees, including tip workers, got a full paycheck for eight weeks during the shutdown and reduced capacity. There was nothing more important to Otto than to take care of his employees. The restaurant still had their other bills to pay but Otto said they simply hunkered down to cover those expenses. The City of Burleson’s Economic Development team and City Council came up with a stimulus plan that helped businesses like Our Place pay their bills during that time. Otto praises the city’s response and commitment to helping businesses saying, “it was like the city didn’t want any of us to shut down.”

The time spent closed or with reduced capacity required creativity. It was more than the goal of making money… it was helping the community. Our Place offered curbside pickup early on, as well as family-style dinners. Otto also came up with an idea to help parents who were stressed by the pandemic and then had kids suddenly staying at home all day. He offered kids meals at lunch that were significantly discounted, trying to alleviate one burden that a family might be facing. Burleson residents have always been committed to supporting local businesses, but this was shown even moreso during the pandemic. Our Place is one that locals love to support because people like investing in someone they know. At Our Place this could be the Arslanovski family, one of the staff members, the guy who painted the building, or a supplier. Otto contracts out to locally independently-owned businesses as much as possible. His electrician’s wife was a diner at the original Our Place. He uses his neighbor for air conditioning service. Otto says that he never takes his customers for granted. This is another reflection of his parents’ legacy. He has countless stories of the people he met at his parents’ restaurant, and friendships formed over thirty years ago remain. He recalls seeing Burleson’s former mayor sitting on the floor as a young person, playing with his cousins. His parents were regular customers of the original Our Place and he became a regular customer of the new Our Place. Chris Fletcher, the present mayor of Burleson was also a guest at both the old and new restaurants, as well as being a vendor used by the Arslanovskis. Apparently, Otto drove a vehicle into their garage door twice and Fletcher repaired it both times. He can laugh about that connection now and it is a source of pride for Otto that the mayor of the city he loves has a fond history with the restaurant. The patrons of Our Place are more than just diners, they are a part of the Our Place family.

The staff of Our Place is key to making the restaurant one that people love to visit. It is a place where people love to work and that shows in how they welcome and serve guests. The staff takes pride in representing the restaurant and welcoming guests like they would to their own home. Our Place has a deeply loyal staff. Over sixty percent of the staff has been there since Our Place Burleson opened in 2012. Several staff members who have left still pick up shifts to help as substitutes and during the holidays, and most continue to visit the restaurant. Lana, a manager at Our Place Burleson, was the first waitress Otto’s mother hired. They kept in touch over the years and when Otto decided to open the restaurant in Burleson again, he called Lana and asked her to be a part of it. People enjoy working at the restaurant so much that they bring in other employees. Staff members’ children, neighbors, spouses, and former coworkers have joined the team because they have heard such great things about the work environment. The hours are good for someone with a family and the customers are kind and generous with tips, plus they become a part of a family where everyone takes care of one another. While many restaurants lost staff members during the pandemic and still have staffing issues, only six people left Our Place since March of 2020. Those six have remained friends with Otto and the staff and left for positive reasons, such as graduating and moving to their chosen career path. Our Place’s staff has been loyal, because when things were hard Our Place was loyal to them.

The legacy of the Arslanovskis is seen today in Our Place Restaurant. Their commitment to provide high quality and excellent food, to warmly embrace customers, and to treat their staff like family is carried on by their son. Our Place Restaurant in Burleson continues to win awards voted on by the local community because locals genuinely love Our Place. 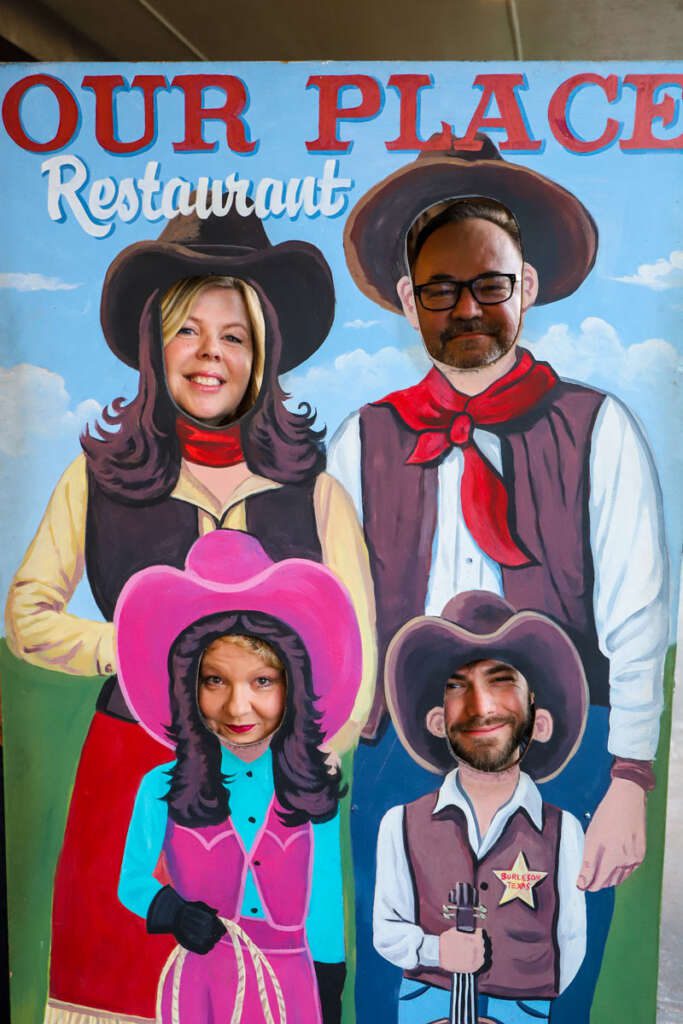 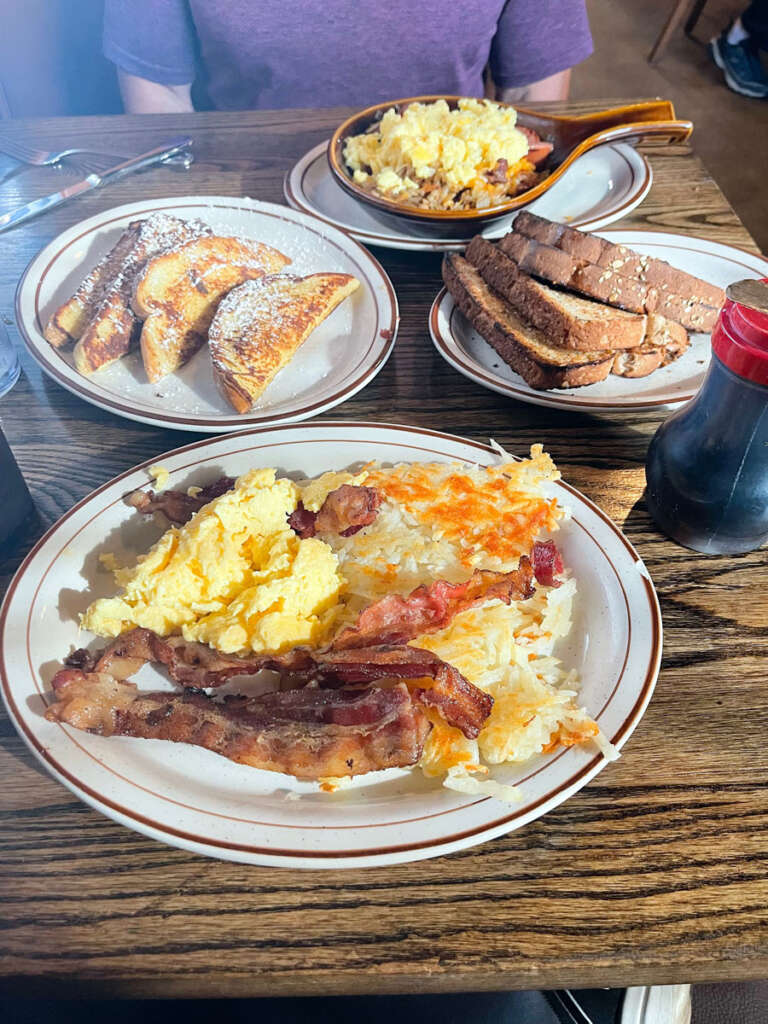